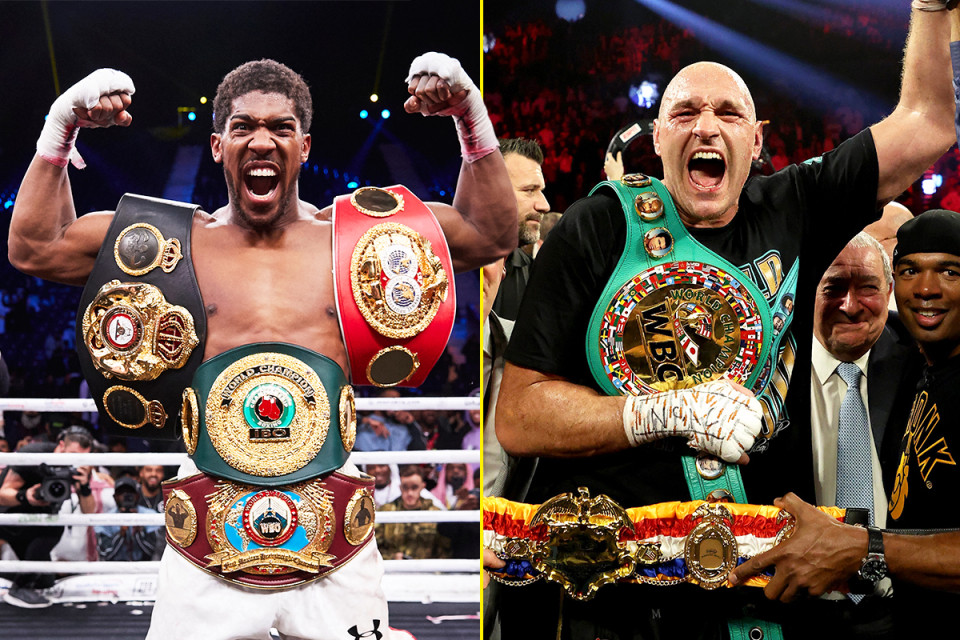 Saudi Arabia has proposed $150million as site fee to host Anthony Joshua vs Tyson Fury this summer and both fighters will share the money equally, it has been revealed.

Contracts are signed for the British heavyweight stars to fight for the undisputed WBA, WBC, IBF and WBO heavyweight championship of the world but the date and venue are yet to be officially confirmed.

AJ’s promoter Eddie Hearn last week explained that both camps have agreed on a site deal.

Now, according to ESPN, it can be revealed that the site fee is upwards of $150million and if
finalised as expected, each boxer will make $75million from the site deal alone, with the rest of the money (several million dollars) set for expenses such as undercard fights.

ESPN’s Mark Kriegel explained: “The proposed site fee is in excess of $150million.

“Each fighter under that provision will be guaranteed $75million.

“There’ll be another $3-5million for expenses and the undercard.

“To put this in context – the biggest site fee I’ve ever heard of [was] $60million for Andy Ruiz and Anthony Joshua.”

Joshua and Fury will also rake in millions more through pay-per-view buys and worldwide broadcast deals as both Sky Sports and BT Sport will show the fight on Pay Per View (PPV) – an historic arrangement not seen before in the UK.

The dates being considered for the fight are July 24, July 31 and August 7.