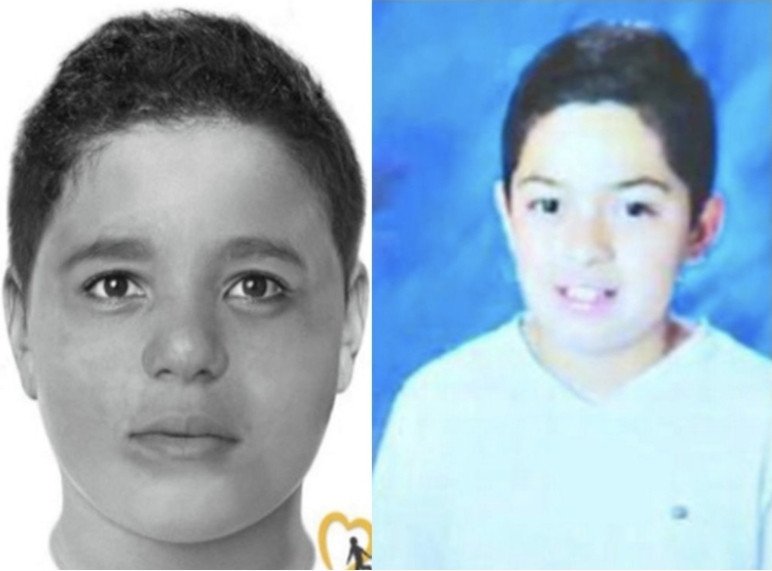 A mum identified a dead 8-year-old boy as her own son only for her son to show up alive later.

Police had found the body of an unknown murder victim near the town of Mountain Springs on Route 160, a main highway leading out of Las Vegas, Nevada. The police then issued a sketch of the dead boy. 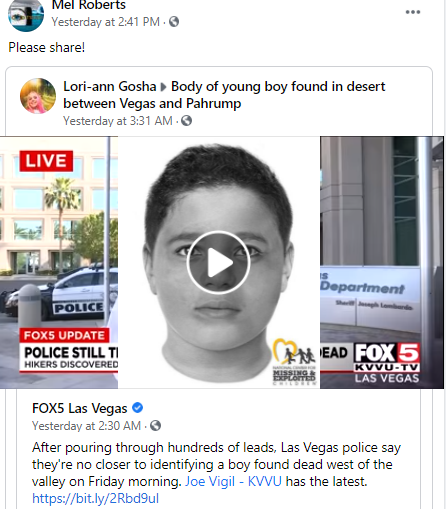 On seeing the sketch, the mother of Daniel Cisneros contacted police, claiming that the dead boy was her son. 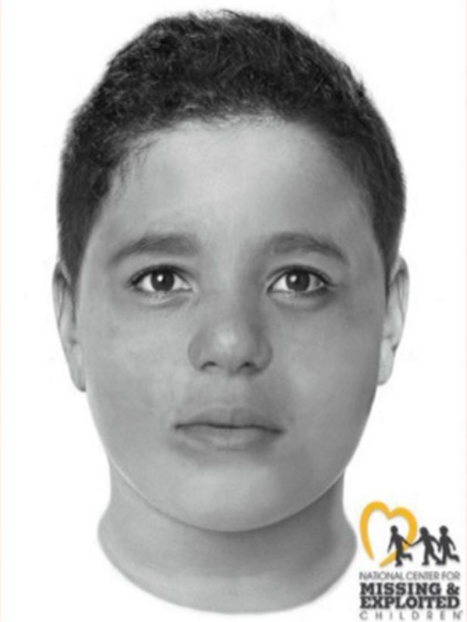 Police then showed her the body of the dead boy and she gave a positive identification,  according to police lieutenant Ray Spencer.

The woman told police that the boy’s father Jose Montes-Herrera, 37, had taken Daniel and his older brother Eden, 11, on a camping trip. 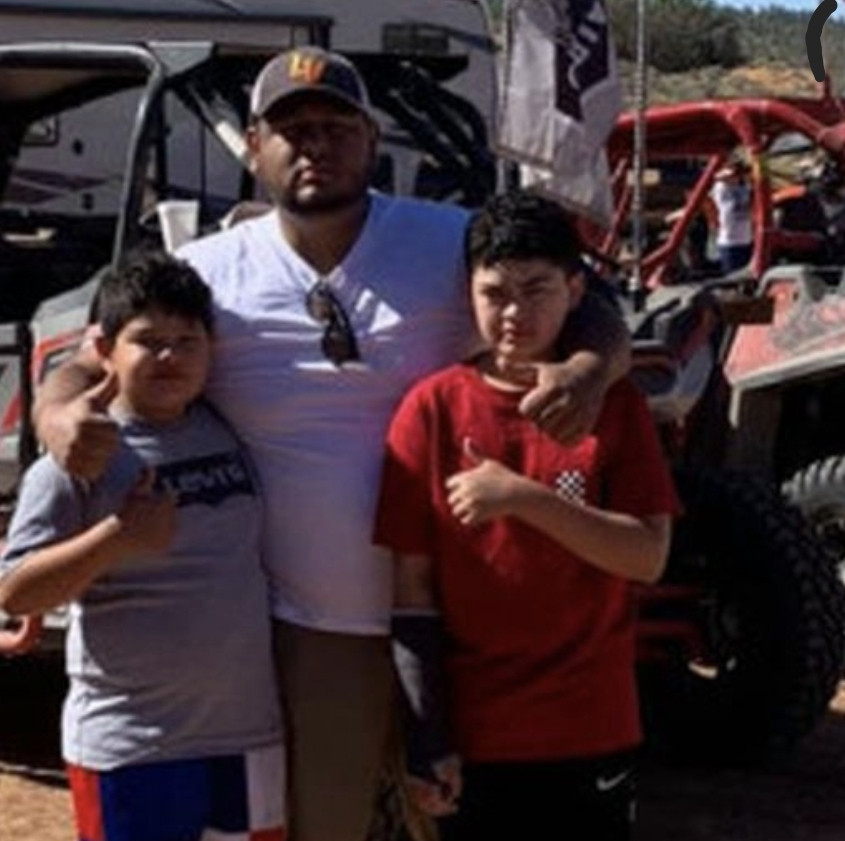 An immediate manhunt was launched and a press conference was hastily arranged to ask for the public’s help in tracking down the missing man and his other son.

However, Daniel was alive. He was camping with his father and his elder brother in a remote part of Utah with no mobile phone service. It wasn’t until the father drove to higher ground that his phone started buzzing with voicemails from concerned friends and relatives. 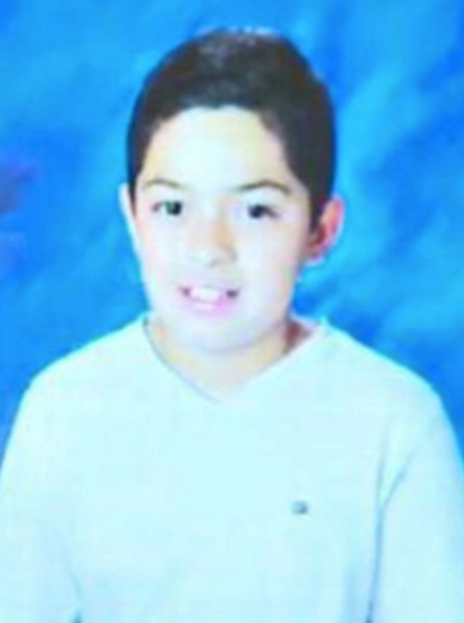 He told the Las Vegas Review Journal that those who sent him messages were all asking: “‘Are you OK? Are the kids OK? Did you really do this? What about the kids?'”

More than one message urged Jose to turn himself in, he said.

He added: “Everybody you can think of — family, friends. It was about a hundred messages at once.”

He tried to call his sons’ mothers to tell them not to worry, but as soon as police learned his location they stormed the place. 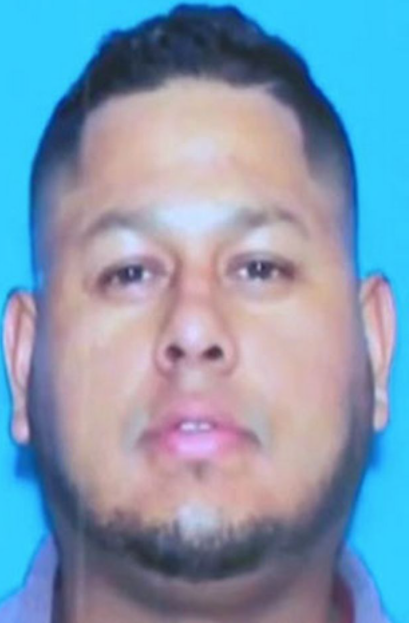 “Took off my shirt, my socks,” he added. “It was embarrassing. Two of the officers, they snatch my kids and start running with them.”

Now Jose, who is in the middle of a custody battle with the boys’ mother, has demanded a public apology after being accused of murdering his own son.

“It breaks my heart to know that I was accused of hurting my son,” he wrote on Facebook.

“I was out camping and in the period of the 12 hours I didn’t have service. I was shocked that people would think I would hurt my son knowing I do everything for them.”

“I deserve a public apology for what I went through,” he added. 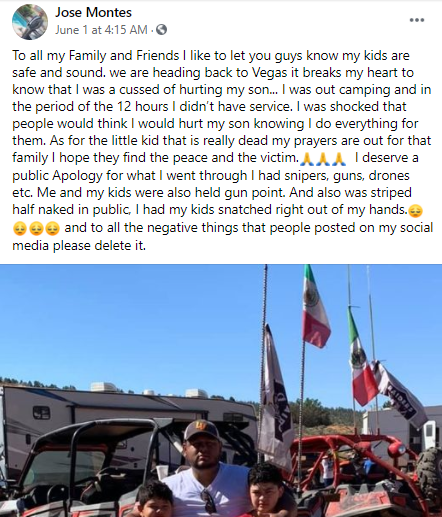 Jose also wrote: “As for the little kid that is really dead my prayers are out for that family I hope they find peace and the victim.”

Speaking in defence of the police, and of Daniel’s mother, Lieutenant Spencer said: “There is a very, very close resemblance when you look at those photos, the autopsy photos, and the 8-year-old child.” 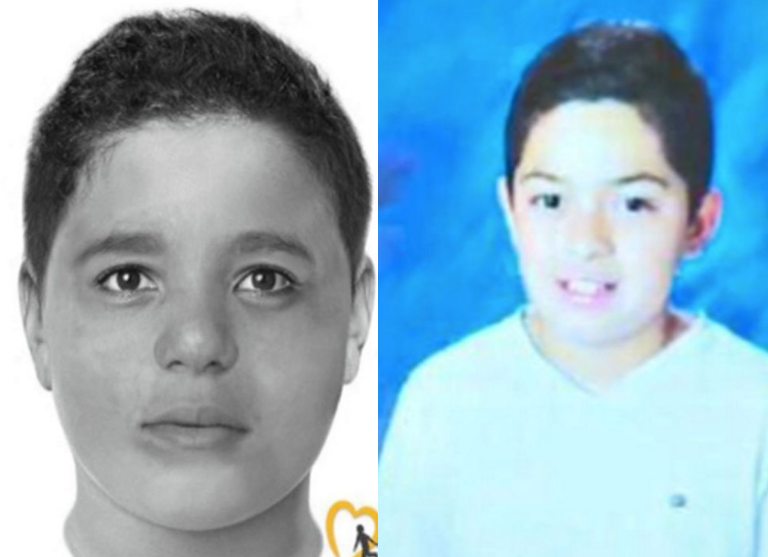 The boy whose body was found has still not been identified. The authorities are asking for help to identify him. 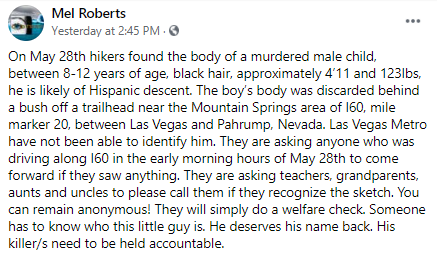