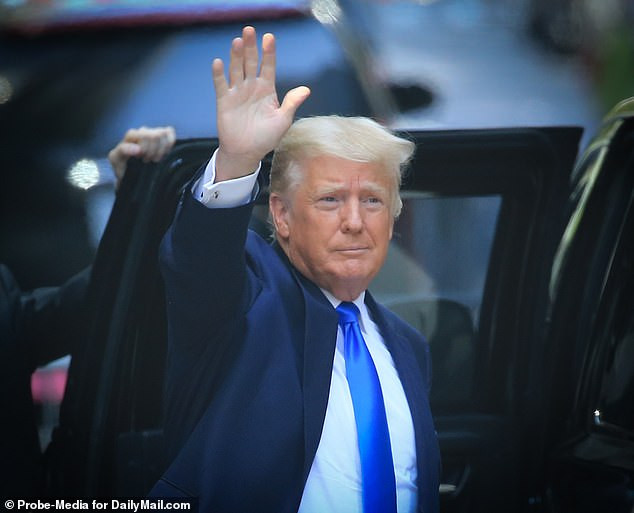 Former US President, Donald Trump is demanding that China pays ten trillion dollars for its role in the coronavirus pandemic as he added to growing calls for US health expert, Dr. Anthony Fauci to explain exactly how much he knew about work being done at the Wuhan Institute of virology, China.

Donald Trump publicly feuded with Dr. Anthony Fauci throughout 2020 and is now claiming victory amid growing questions over how much his then adviser, Fauci knew about work being done at the Wuhan Institute of Virology. The Chinese laboratory is at the center of conspiracy theories that the novel coronavirus came out from a scientific facility rather than jumped the species barrier naturally. 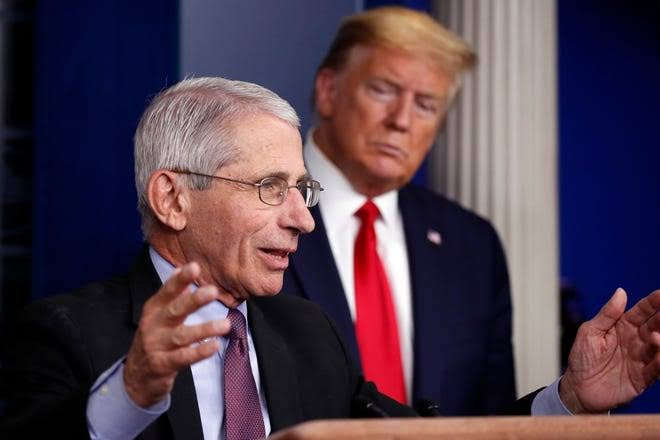 Fauci’s role in the early days of the crisis is under fresh scrutiny after two news organizations obtained his emails under a Freedom of Information request.

In particular, Republicans claim the communications show Fauci knew the Wuhan Institute of Virology – at the center of  the lab leak hypothesis for the origins of the COVID-19 crisis – was carrying out experiments with genetically engineered coronaviruses.

They also show he was warned of the possibility of a lab leak at a time when he was publicly insisting the pandemic emerged naturally by jumping from an animal host to human.

In a statement on Thursday, June 3, Trump derided Fauci by claiming he (Trump) saved hundreds of thousands of lives by resisting Fauci’s guidance on everything from closing borders, developing vaccines and wearing masks.

‘Now everyone, even the so-called “enemy,” are beginning to say that President Trump was right about the China Virus coming from the Wuhan Lab,’ Trump said.

‘The correspondence between Dr. Fauci and China speaks too loudly for anyone to ignore.

‘China should pay ten trillion Dollars to America, and the world, for the death and destruction they have caused.’

Trump demanded to find out how much Fauci really knew about the Wuhan lab.

‘There are a lot of questions that must be answered by Dr. Fauci,’ he said.

‘The funding of Wuhan by the U.S. was foolishly started by the Obama administration in 2014 but ended under the Trump administration.

‘What did Dr. Fauci know about “gain of function” research, and when did he know it?’

Fauci says his emails obtained by Buzzfeed News and the Washington Post have been taken out of context.

‘I have always said, and will say today to you … that I still believe the most likely origin is from an animal species to a human, but I keep an absolutely open mind that if there may be other origins of that, there may be another reason, it could have been a lab leak,’ he told CNN