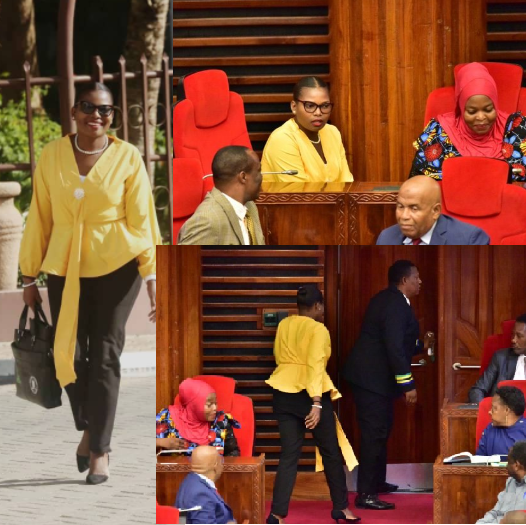 Female MPs in Tanzania are demanding an apology to an MP who was thrown out of parliament for wearing trousers.

MP Condester Sichwale had arrived in parliament in a yellow peplum blouse and black trousers that a male MP found fault with.

The male MP, Hussein Amar, had said that the way some women dressed invited ridicule to parliament.

“Mr Speaker, an example there is my sister seated on my right with a yellow shirt. Look at the trousers she has worn, Mr Speaker!” Hussein Amar said in parliament on Tuesday, June 1.

The Speaker then ordered the MP, Condester Sichwale, to leave and change to appropriate clothes before she returns (read here).

Hours after the incident, Tanzanian government released a dress code guideline for public servants and it turned out Sichwale’s outfit was included in what is considered an acceptable dress code (read here).

Social media users expressed outrage and said the incident was another example of men policing how women dress.

Female MPs have now asked that Sichwale gets an apology for the way she was treated.

A group led by MPs Jacqueline Ngonyani and Stella Manyanya insist that the move was unfair and that there was nothing wrong with Ms Sichwale’s clothes.