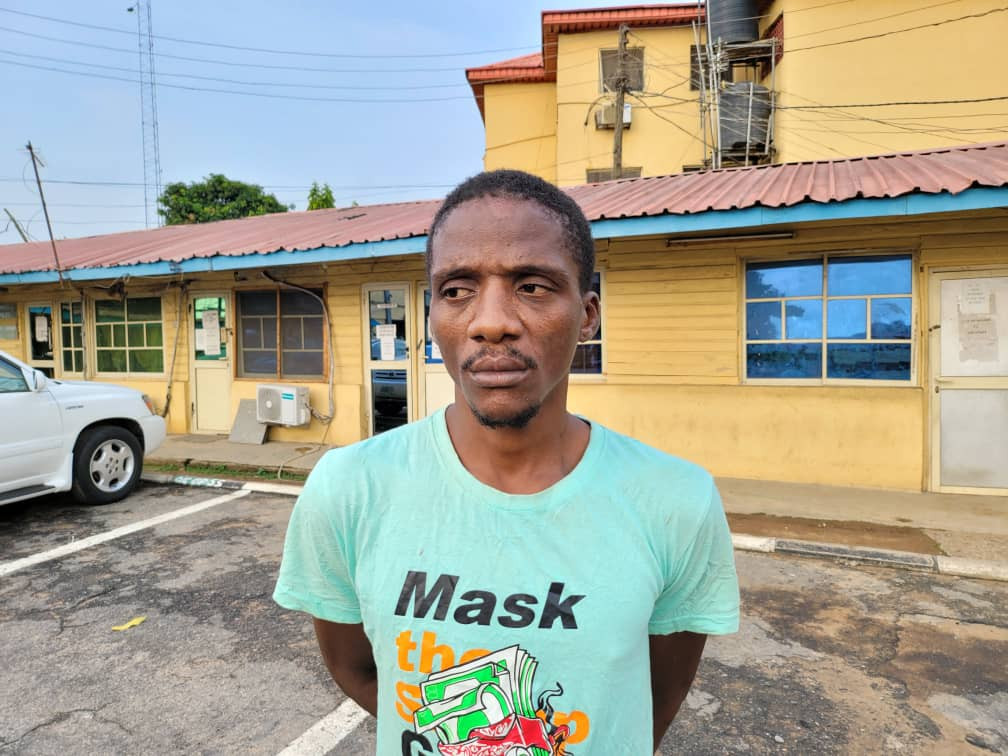 The Lagos State Police Command has rearrested Oyemachi Maduabuchi, 34, pictured above, who escaped from the Owerri Correctional Centres, Imo State, after the jailbreak that occurred on 5th April, 2021 at 2am.

A statement from CSP Olumuyiwa Adejobi, said the suspect, who fled Owerri on April 5th when the jailbreak happened, moved to his village, Fegge in Onitsha, Anambra State, to meet his mother who later linked him up with his elder sister, Amarachi Maduabuchi, f, of Customs Bus Stop Ijegun Lagos. The sister thereafter invited him to Lagos on 19th April, 2021.

”The suspect was kept in the sister’s house where she used to lead him to church for special deliverance service. In the process, after the night vigil on 20th April, 2021, at Bride Assembly Church, Ijesha Area of Lagos State, the suspect allegedly stole the sim and the memory cards of a member (name withheld) of the church before he was evetually arrested and the stolen items recovered from him.

In the course of Police investigation, it was revealed that the suspect has been standing trial since 2009 for Conspiracy, Armed Robbery and Arson before Justice Nna Amadi of Ngbidi High Court 1, at Ngbidi in Imo State.

The suspect has confessed to the crime while the Commissioner of Police, Lagos State, CP Hakeem Odumosu, has directed that the suspect should be handed over to the Nigerian Correctional Service for further investigation and necessary action.”the statement in part read

Adejobi said the Commissioner of Police has assured the general public that the command will not relent on its efforts in making the state safe and peaceful for all and sundry to live in as all hands are on deck.”