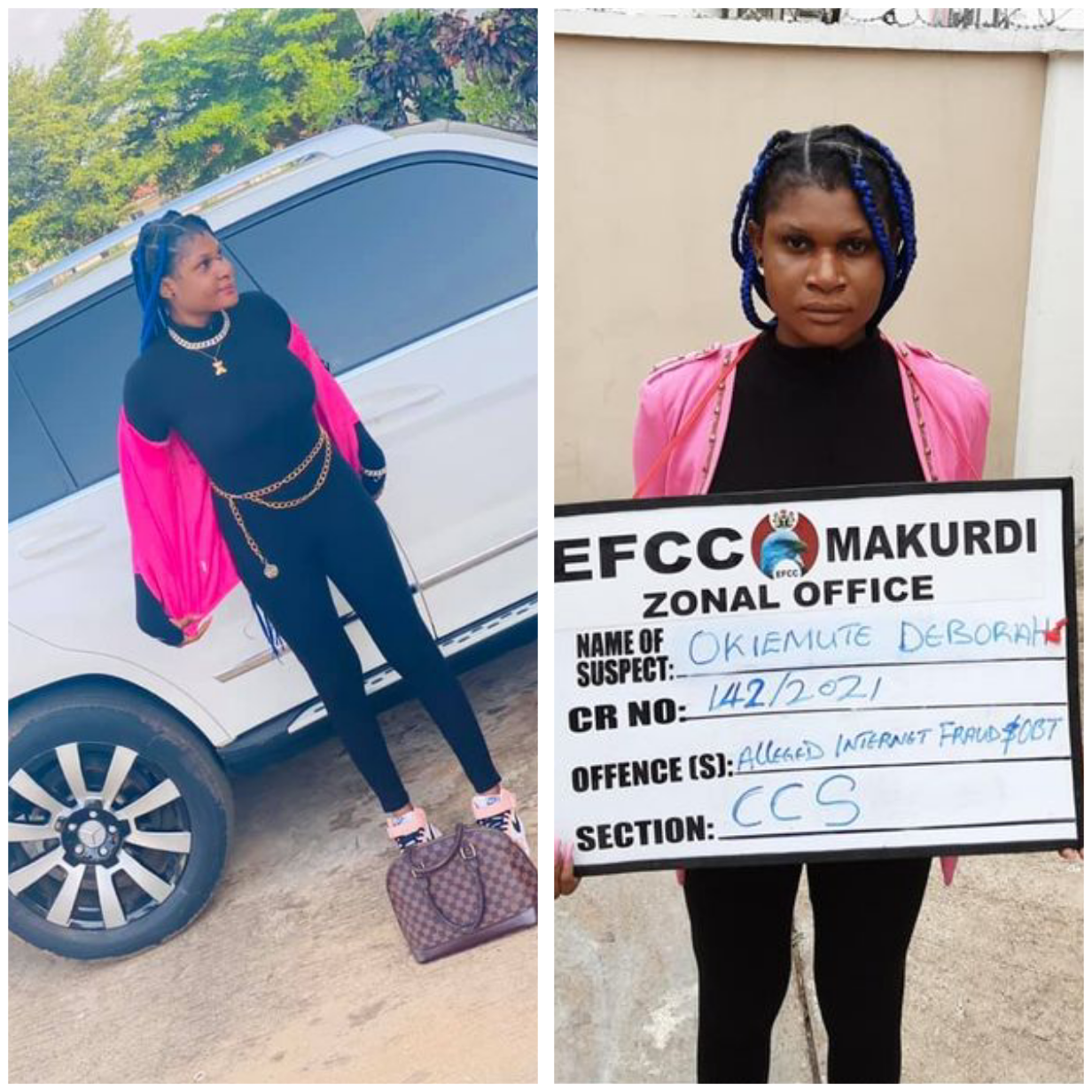 A Benue State University graduate, Okiemute Deborah, was arrested by the Makurdi Zonal Office of the Economic and Financial Crimes Commission, EFCC, shortly after she flaunted her lavish lifestyle on Facebook. 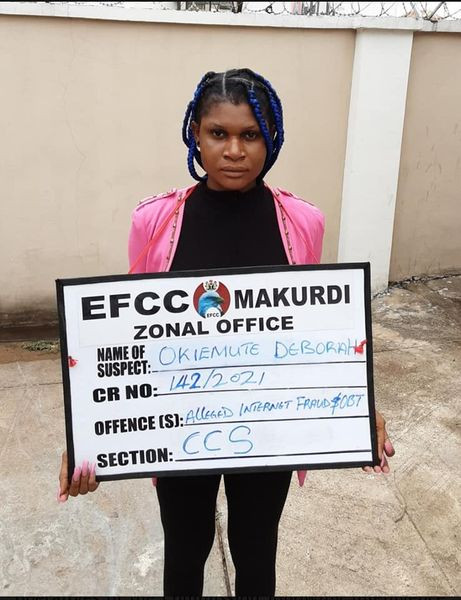 Deborah and three other suspected members of a syndicate of internet fraudsters were arrested in the state capital last Saturday, May 1, 2021, following an intelligence report.

The suspect, who goes by the name ‘Sassie Dira’ on Facebook, had on Saturday at about 5:56 PM, welcomed the new month with lovely photos of herself posing in front of a white car.

“First day of the month looking absolutely stunning as usual, fake life at its peak but don’t borrow clothing to show off. fully focused for the kingdom and the king’s spec. only those with Royal blood should DM” she captioned the post. 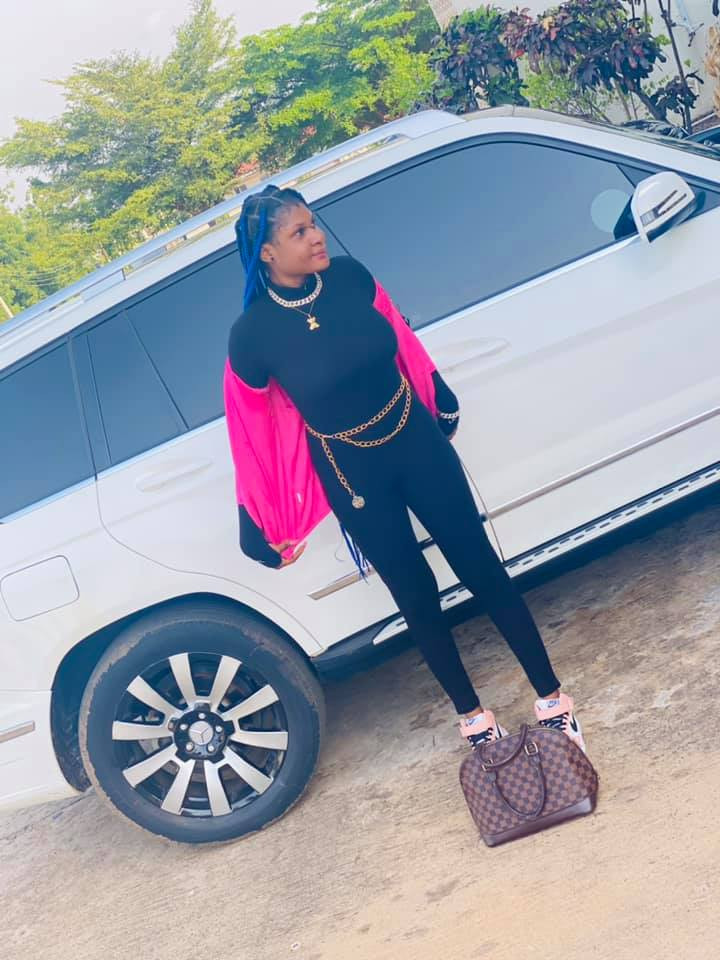 A statement issued by the spokesperson of the Commission, Wilson Uwujaren, on Tuesday, May 4, in Makurdi, said that “Okiemute Deborah, Gideon Damisa, Sunday James, and Friday Ebosele, were rounded up by operatives of the Commission following intelligence report on their alleged criminal activities in and around Makurdi metropolis,”

“At the point of arrest, the principal suspect Gideon Damisa was in possession of a Mercedes Benz GLK 350 2010 Model, 1 iPhone, 2 Pro Max, 2 Infinix phone and ATM cards, among others. They will soon be charged to court,” Uwajaren added. 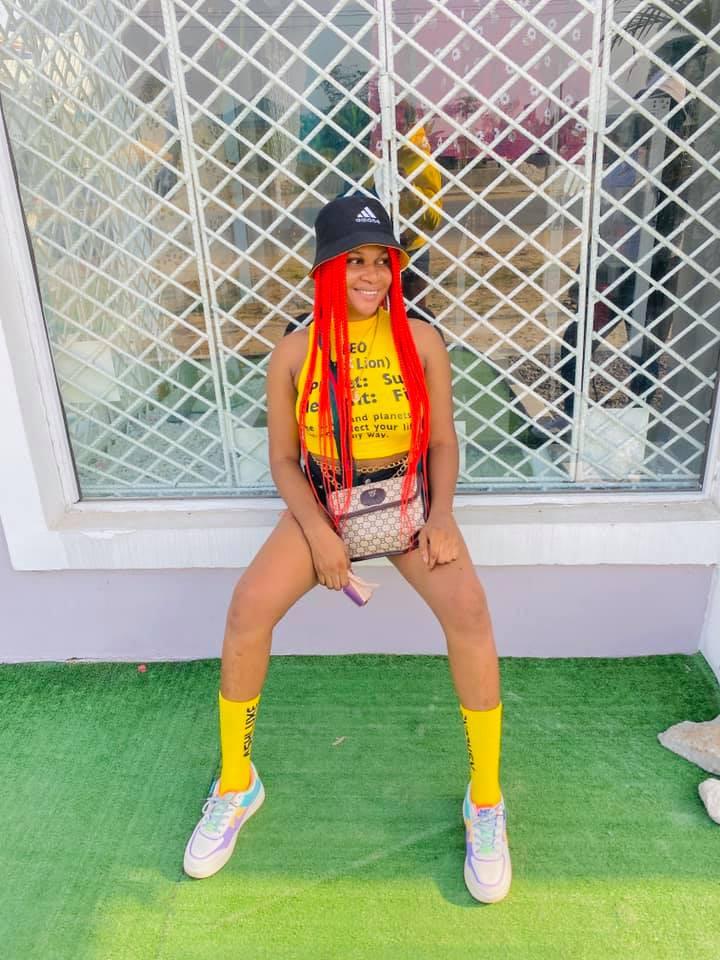 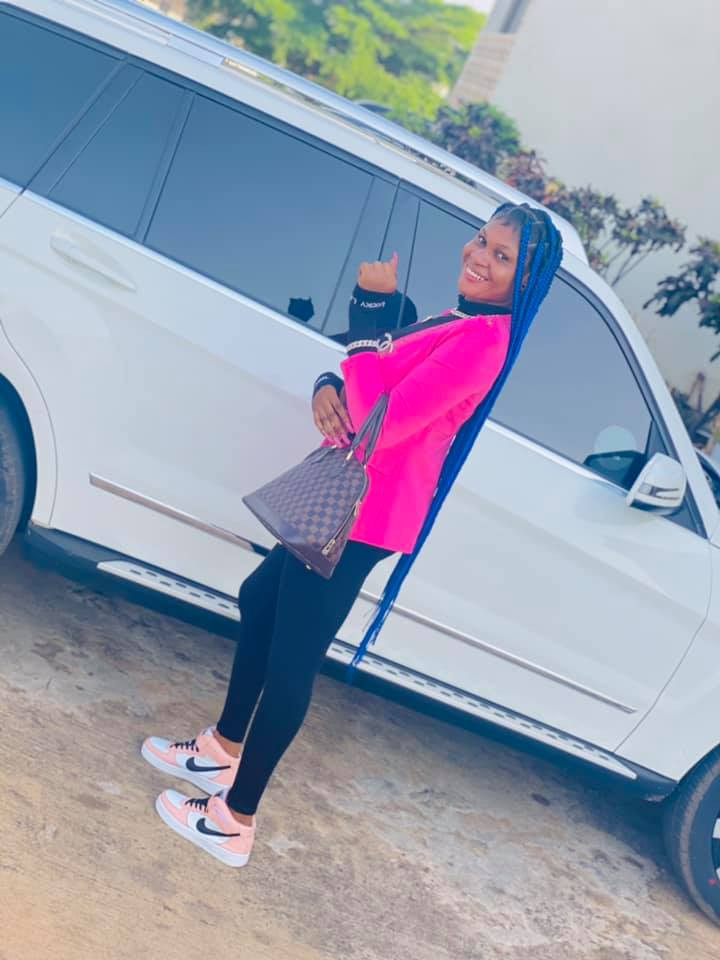 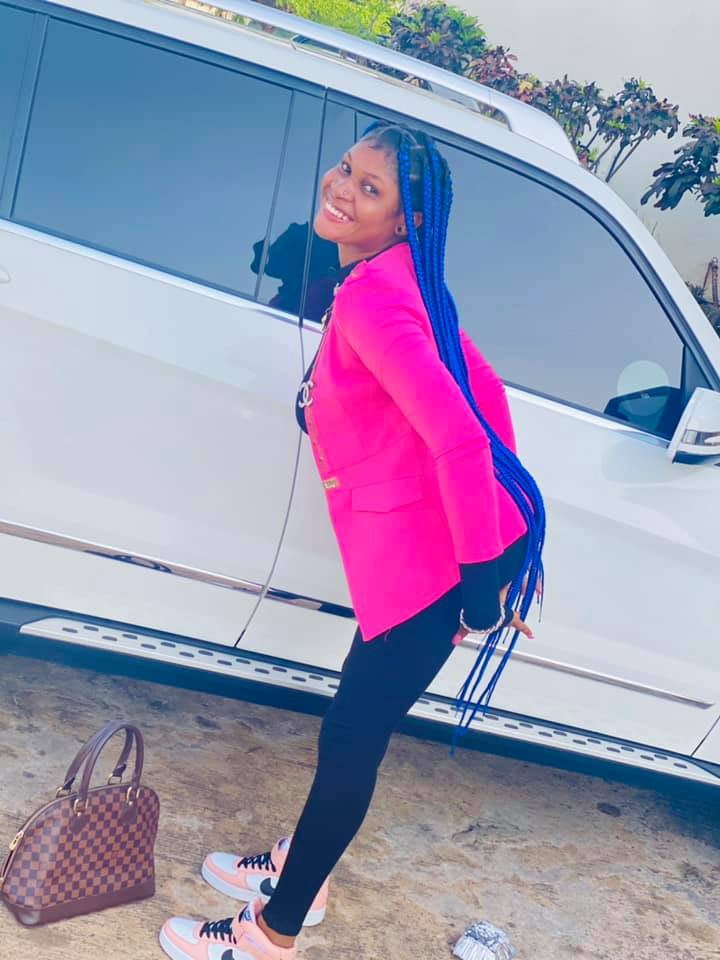 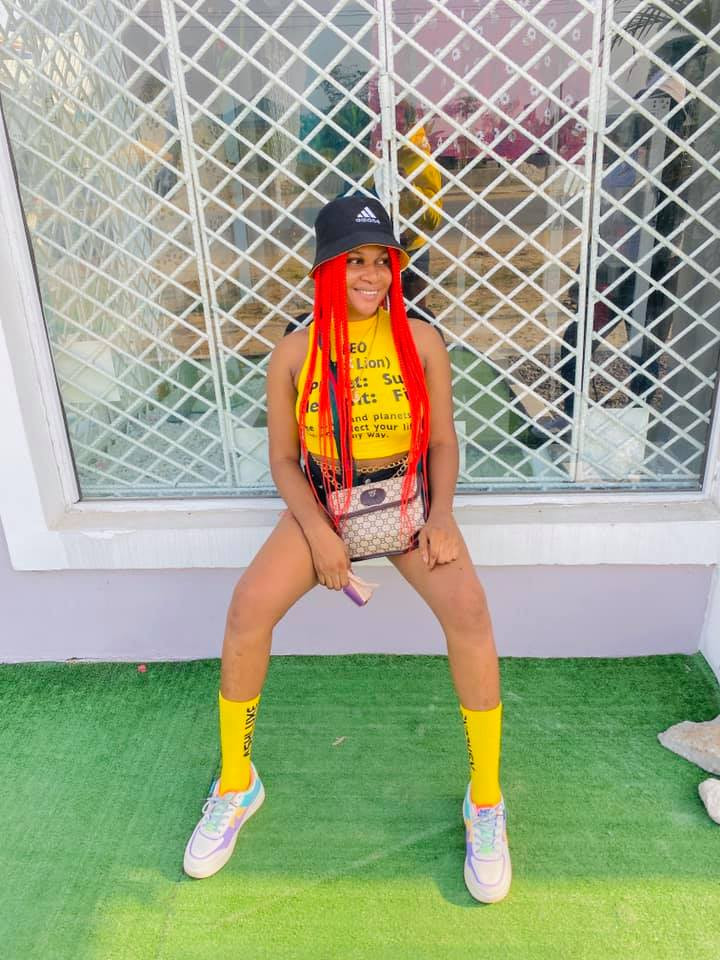 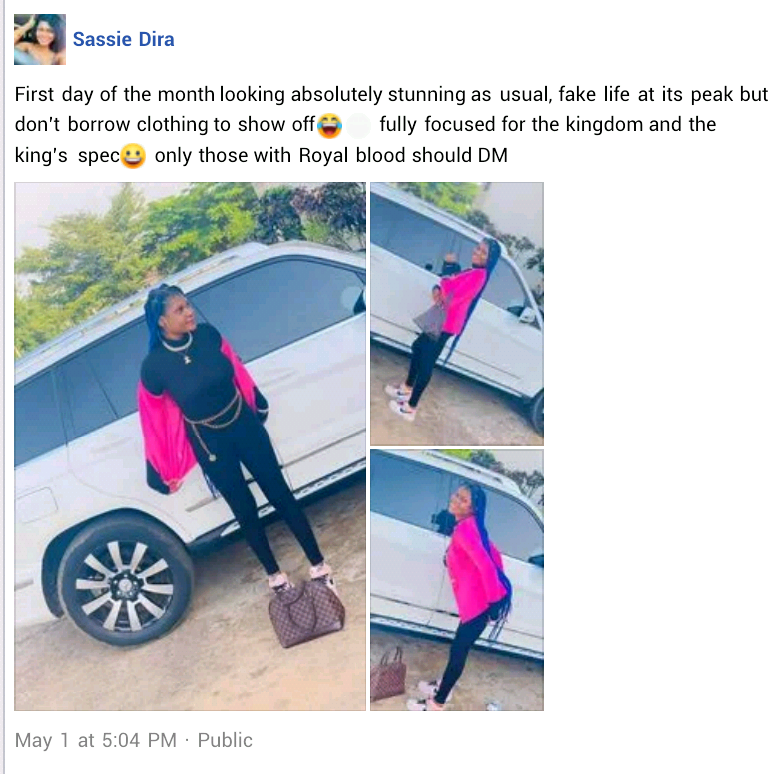