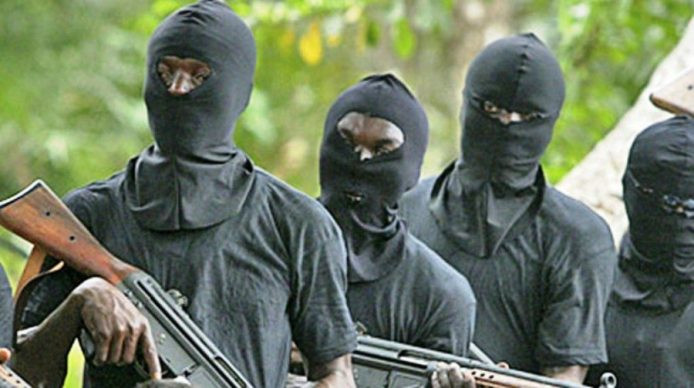 The gunmen arrived on Tuesday afternoon, April 27, shooting sporadically as they robbed residents and businesses.

The gunmen, numbering about five, are said to have trailed a customer to a commercial bank where they perpetrated the dastardly acts.

They shot indiscriminately in the vicinity of the bank, causing customers and workers to run in various directions for safety.

A source, who was at the bank, told the Nation that the gunmen shot the man they trailed to the bank. It was not immediately clear if they succeeded in robbing the man and whether he was alive or dead.

The gunmen did not enter the bank, instead, they moved to some businesses in the area which they robbed.

They were said to have entered a provision store and carted away some cartons of drinks. They then moved to a nearby drinks shop where they robbed them of their money.

They also reportedly went to a nearby filling station and took all the money made from the day’s sales.

The Nation gathered that police and military officers arrived later and engaged them in a shootout, which made them leave the area.