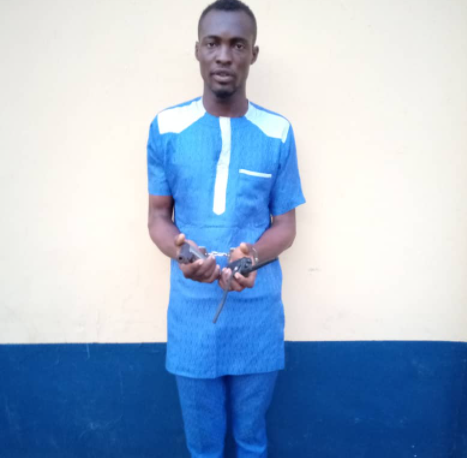 The Police Operatives attached to the Denton Division of the Lagos State Police Command have arrested a man who threatened a woman’s life.

Omotayo Olaiya was arrested after the police received a complaint from Mrs Olatunji Shakirat Mayo.

Mrs Mayo told the police on Monday, May 3, that Olaiya threatened to kill her with a gun inside the Ansarudeen Mosque, located at no 72-74, Bola Street, Ebute-Metta Lagos.

On the strength of the complaint, a Surveillance Team was detailed to track down the suspect and he was eventually arrested, the Lagos State Police PRO, CSP Olumuyiwa Adejobi said in a statement.

A brownie pistol and one Motorola walkie-talkie were recovered from the suspect. 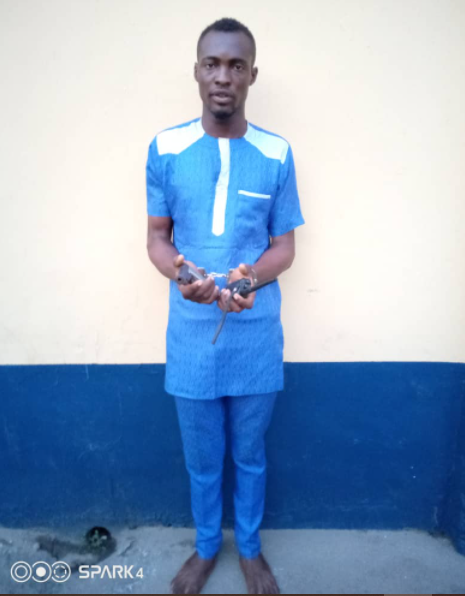 Upon interrogation, the suspect confessed that he bought the pistol from a man named Taiwo, residing at the Ikorodun area of Lagos State in November 2020, at the rate of eighty thousand Naira (80,000).

The Commissioner of Police, Lagos State, CP Hakeem Odumosu, has ordered that the case be transferred to the Command’s Special Squad, Ikeja, for proper investigation and arrest of other culprits in connection with the case of unlawful possession of firearms and threat to life of the complainant.