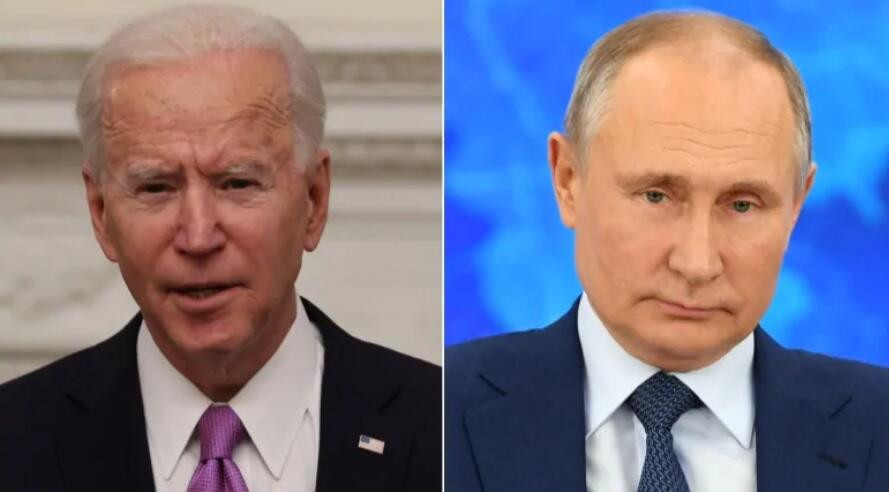 Vladimir Putin has further reacted to US President, Joe Biden’s remarks that he is “a killer,” asking for Biden to engage with him in a live, online discussion this week in the wake of the president’s allegations that he is killer.

The remarks by Putin comes after Putin said it takes a ‘killer to know one’ in reaction to an ABC interview with ABC that aired Wednesday, where the US leader said he believed Putin is a killer and he “will pay a price” for his efforts to undermine the 2020 US election.

Responding to the comments, Kremlin spokesman, Dmitry Peskov told reporters on Thursday March 18 that “there hasn’t been anything like this in history.”

He said it was clear that Biden “definitely does not want to improve relations” with Russia and that the relationship between the two countries is “very bad.” When asked how it can affect relations, Peskov said “it is absolutely clear how,” but refused to elaborate.

“These are very bad statements by the President of the United States. He definitely does not want to improve relations with us, and we will continue to proceed from this,” Peskov said.

The Russian leader previously reacted to the comments by wishing Biden “good health” at a news conference.

“It’s true, we really know each other personally. What would I answer him? I would tell him: be healthy,” Putin said. “I wish him good health. I say this without irony, no jokes. This is first of all.”

“When we evaluate other people, states and nations, we always seem to be looking in the mirror. We always see ourselves. We always pass on to another person what we ourselves are in essence,” Putin added.

“In childhood, when we argued with each other, we said: ‘He who calls names is called that himself.’ This is no coincidence, this is not just a childish joke, it has a very deep psychological meaning.”

But later on Thursday, in a further escalation, Putin invited Biden to hold open online talks that weren’t pre-recorded.

“I would like to offer President Biden [the opportunity] to continue our discussion, but on condition that we’ll do so what is called live, online. Without anything pre-recorded, in an open and direct discussion.”

“It seems to me, it would be interesting both for Russian people and for the US people, as well as for many other countries,” Putin added.

But White House press secretary Jen Psaki,  has now responded to the invitation saying the White House might not entertain Putin’s request.

“I’ll have to get back to you if that is something we’re entertaining. I would say that the President already had a conversation already with President Putin, even as there are more world leaders that he has not yet engaged with,” Psaki said during a press briefing.

“And we engage with Russian leaders, members of the government, at all levels. But I don’t have anything to report to you in terms of a future meeting.”

Psaki said earlier on Thursday, Biden had no regrets about his comments saying, “Nope. The President gave a direct answer to a direct question.”

Russia pulled its US ambassador on Wednesday in response to the comments with Peskov revealing the diplomat, Anatoly Antonov, had been “invited” back to Moscow to discuss Russia-US relations.