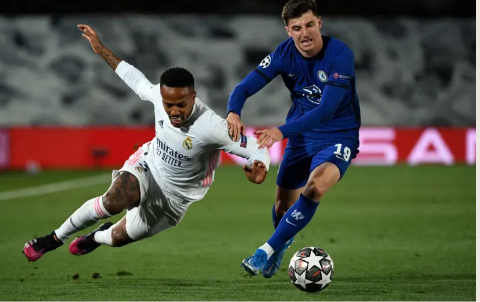 Chelsea have a narrow advantage in the Champions League semi-finals after playing out an impressive 1-1 draw with Real Madrid on Tuesday night, April 27.

The match which took place at the Estadio Alfredo Di Stefano, saw Chelsea play with a high-intensity first half, one would have wondered if they were playing at home. 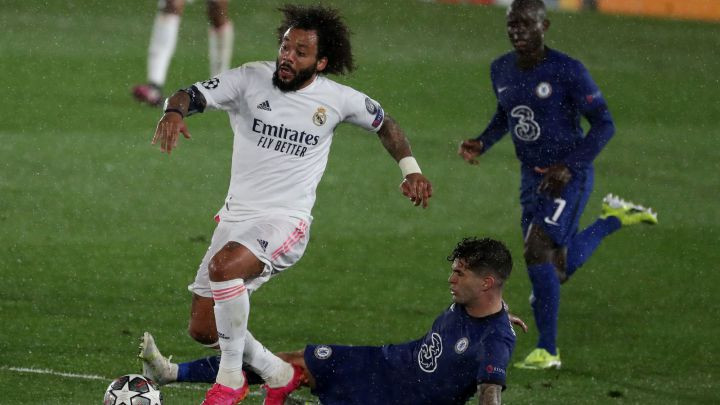 In Chelsea’s line up, Cesar Azpilicueta captained the side from wing-back, with Ben Chilwell on the left flank, and a front three of Mason Mount, Christian Pulisic and Timo Werner was backed up by a defensive pairing of Antonio Rudiger, Thiago Silva and Andreas Christensen, ahead of goalkeeper Edouard Mendy.

Spanish giants, Real Madrid played with a back thre, with key midfielder Toni Kroos returning to their team’s line up. While former Blues players Thibaut Courtois and Eden Hazard we’re on the team sheet with Hazard coming from the bench later on.

For Chelsea, Mateo Kovacic was the only player unavailable, as injury prevented him from facing his former club, meaning Jorginho and N’Golo Kante continued as the midfield pairing with Thomas Tuchel keeping faith in the same starting line-up that defeated West Ham United on Saturday. 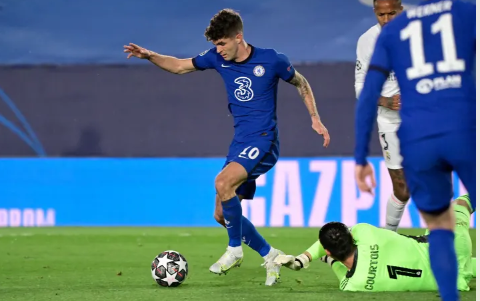 Timo Werner had already forced a good save from former Blues goalkeeper Thibaut Courtois when Pulisic found the net inside the first 15 minutes. After bringing down Antonio Rudiger’s settled pass in the box, the winger showed great composure to dribble past Courtois and send a shot between the two defenders guarding the net.

But Madrid playing at home with their massively experienced head coach Zinedine Zidane equalized after striker Karim Benzema,  pulled them level from a corner soon after clipping the outside of the post with an effort from range. 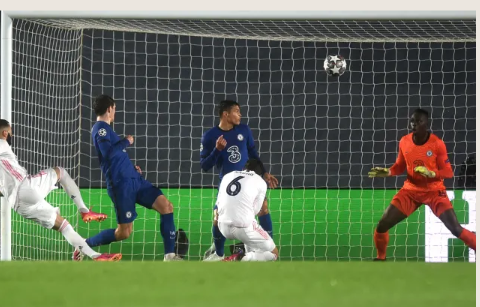 Chelsea will now take their slender away goal advantage into next week’s return leg at Stamford Bridge.