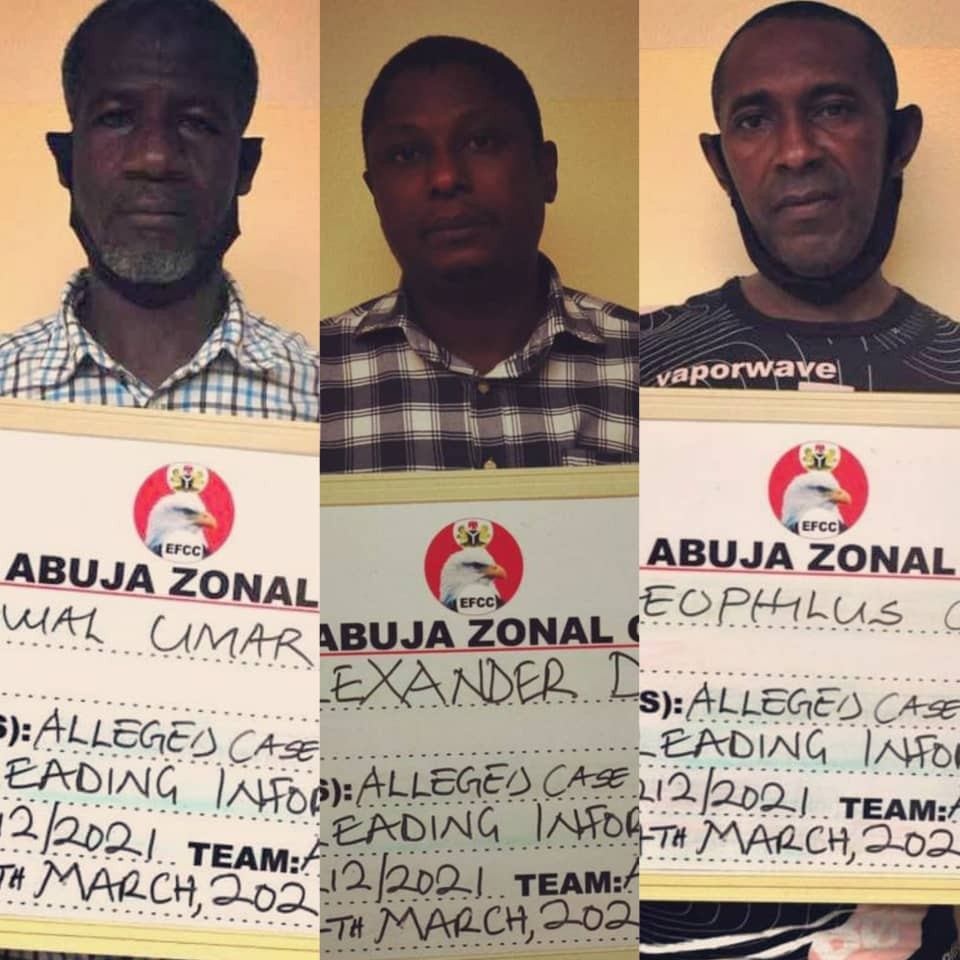 The charge brought before the court by the EFCC stated that the trio gave information to the agency that monies were stashed in the Abuja home of former Minister of Agriculture, Audu Innocent Ogbeh, a claim that was later discovered to be false.

The charge sheet brought before the court read

“that you Theophilus Omambala sometime in 2021at Abuja within the jurisdiction of this Honorable Court, gave false information to officers of the Economic and Financial Crimes Commission that monies were stashed at the residence of one Audu Innocent Ogbeh located at Lugbe District of the FCT, which information turned out to be false, untrue and misleading and thereby committed an offence punishable under Section 39(2) (b) of the Economic and Financial Crimes Commission Establishment Act (2004)”.

The defendants pleaded not guilty to the charge preferred against them. In view of their plea, the prosecuting counsel, Aliyu Bokani Usman asked the Court for a trial date and that the defendants be remanded at the Nigerian Correctional Centre, Kuje.

Counsel to the defendants, A.I. Na-jirgi prayed the Court to grant his clients bail. The judge rejected his oral application, insisting on a formal bail application which should be filed before the next adjourned date.

The defendants have been remanded in the Kuje Custodial Centre pending the determination of their bail applications. The case has been adjourned till June 21, 2021.