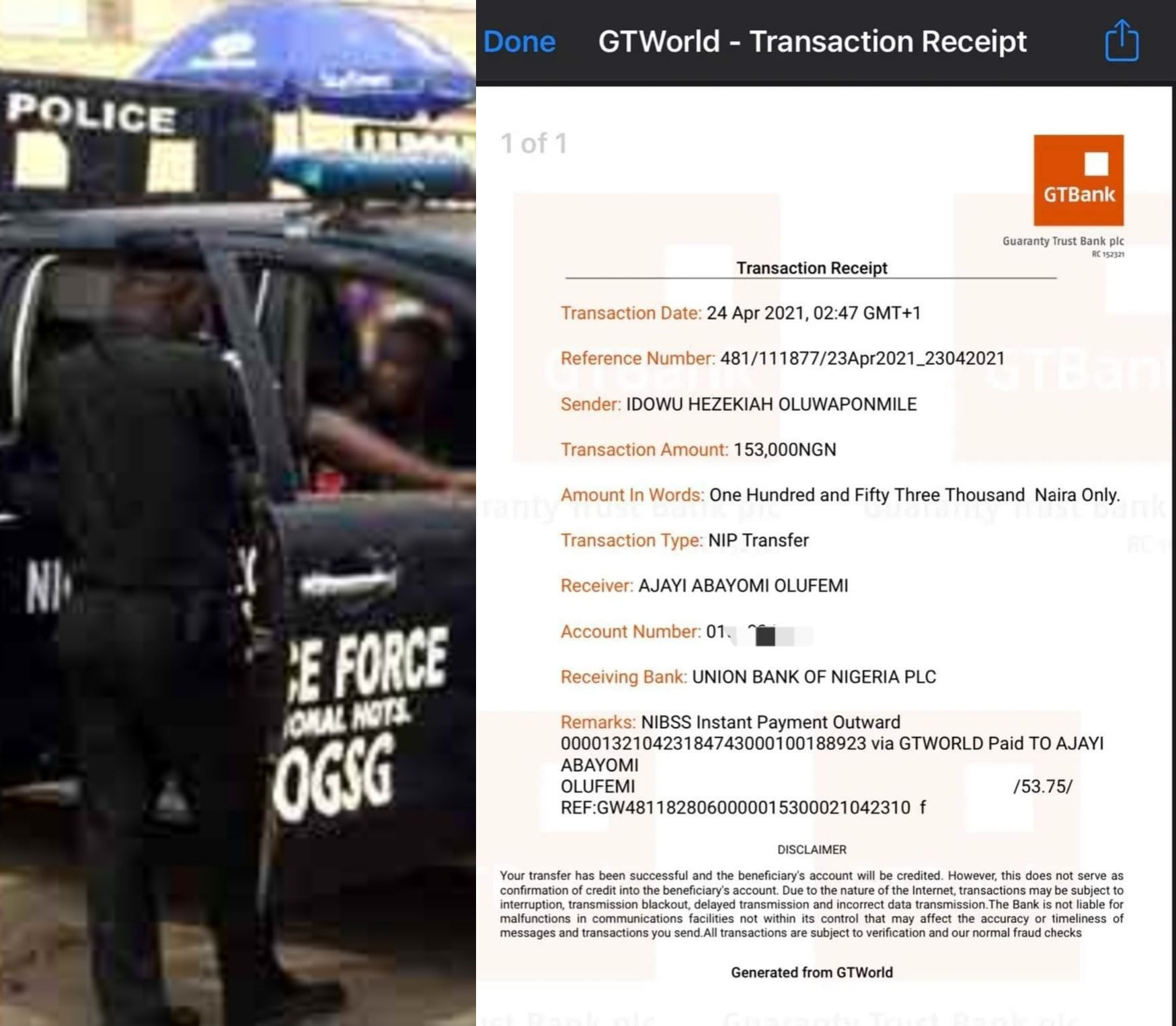 The Police in Ogun State has arrested three of its mobile officers who reportedly extorted one Hezekiah Oluwaponmile, a student of the Lagos State University (LASU), of the sum of N153,000.

Oluwaponmile had gone on social media on Saturday, April 24, to report how the officers had forced him “at gunpoint” to transfer N153,000 via a Point of Sale (POS) operator. 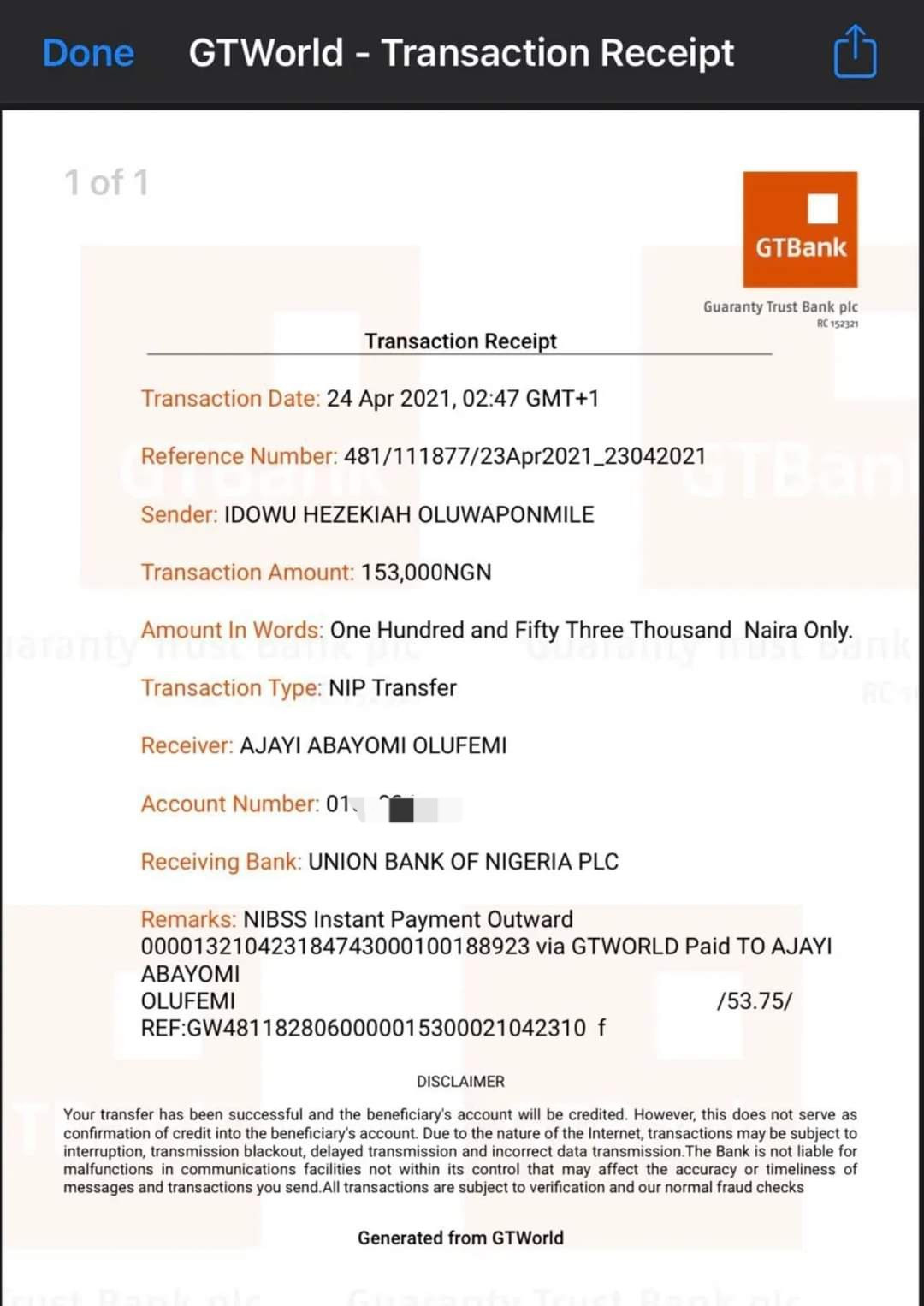 He said he met the police officers at Siun, while on his way from Lagos to Abeokuta.

He said: “I told them I am a LASU Student they told me to unlock my phone but I refused; they threatened to kill me if I didn’t cooperate with them. They brought out a shocker, so I obliged.

“I opened my phone due to the threat from them and upon going through it, I was asked to pay the sum of N1,000,000 but I told them I didn’t have up to that amount.

After negotiation and pleading, the student explained that he was taken to a POS shop where a sum of N153,000 was transferred from his account.

The victim continued: “The transaction receipt of the money transferred showed Ajayi Abayomi Oluwafemi with account number 0131834643 with Union Bank as the receiver of the money.

Oyeyemi added that the three officers have been arrested and are currently undergoing orderly room trial.

“That allegation is true. Those policemen have been arrested as directed by the Commissioner of Police. They have returned the money to the owner. They are undergoing departmental orderly room trial as we speak. They are under detention.

“Refunding the money is not enough, the crime has been committed. We are just trying to get in touch with the complainant to come and give evidence against them at the orderly room trial so that the appropriate sanction will be meted out to them,” Oyeyemi said.