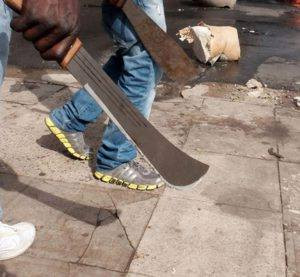 Two persons have been killed during a clash between two rival cult groups, Greenlander and Bobos, in Swali ultra-modern market in Yenagoa Local Government Area of Bayelsa State.

It was gathered that an Igbo businessman, was killed when members of Bobos cult group attacked a hideout of their rival Greenlander, within the market in the early hours of Monday, May 3.

According to an eyewitness, the other victim, a Hausa trader, was killed in the evening that same day when the Greenlander cult group went on a reprisal attack in the market.

“The Bobos attacked a hideout of Greenlanders in the market. After their clash, they attempted to rob the Igbo man who was hawking beverages,” the witness to Tribune.

“When they tried to collect all the money he had made that day, and when he resisted their attempt, they attacked him with machetes, killing him on the spot. After everyone calmed down, the Greenlander group came back in the evening to attack some members of Bobos hanging around the market when they accidentally killed the Hausa man selling onion.” he added.

“It was a rival cult clash, two persons died,(names withheld) while, one Emmanuel Akpaye and Chinedu Offor are responding to treatment at FMC. An investigation is ongoing” he stated.