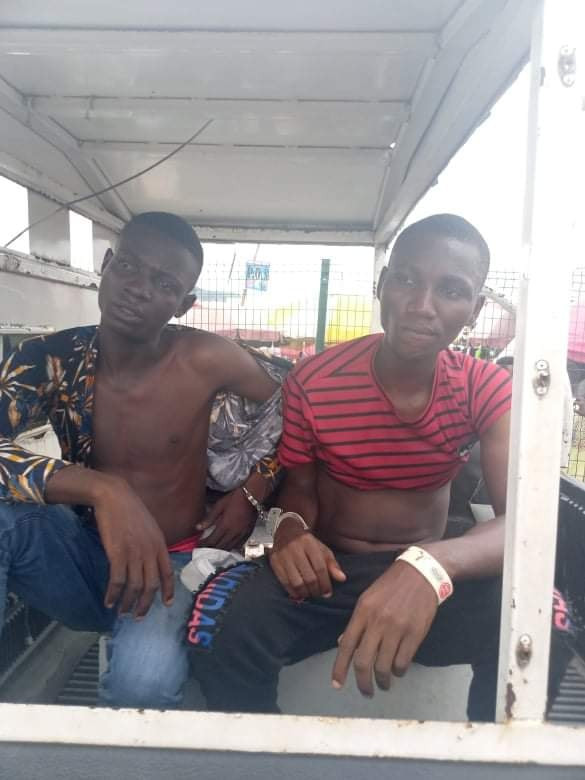 Two notorious criminals who specialise in robbing unsuspecting traders and buyers at the Tombia Market in Yenagoa Local Government Council of Bayelsa State have been arrested by members of the state vigilante service.

The suspects identified as Kingsley Maxwell, 20, and James Ebi, 23, were arrested on Tuesday, April 27, shortly after robbing one Gold Ebi, while she was buying food items at the Tombia market.

According to the victim, she was inside the market when the two robbers accosted her and snatched her bag.

“I immediately raised an alarm that alerted the men of the Bayelsa state vigilante service who were around the market at the time. I saw them chase and apprehended the thieves.” she added.

Excited traders and pedestrians at the market confirmed that the two suspects have been terrorising the markets on a daily basis, even on broad day light.

One James Oyinkuro said that one of the criminals, robbed his Point Of Sale (POS) shop few weeks ago, while several others acknowledged that the duo are known dreaded criminals who operate within the Tombia roundabout regularly.

Speaking to newsmen shortly after the arrest, the Chairman of the vigilante service, Hon. Doubiye Alagba, used the medium to warn other criminal who operate within the Tombia roundabout axis and other part of the state to choose a new leaf of life or face the full wrath of the law.

“Operation comb the black spot is still on course and we will continue to bring in new strategies to achieve more results. Our men are everywhere but you might not notice them. They are always within your vicinity. The Tombia roundabout must be peaceful as other areas within the state capital and we will see to that effect.” he stated.

The two suspects have been handed over to operatives of the state owned police security outfit code named Operation Dou Akpo. 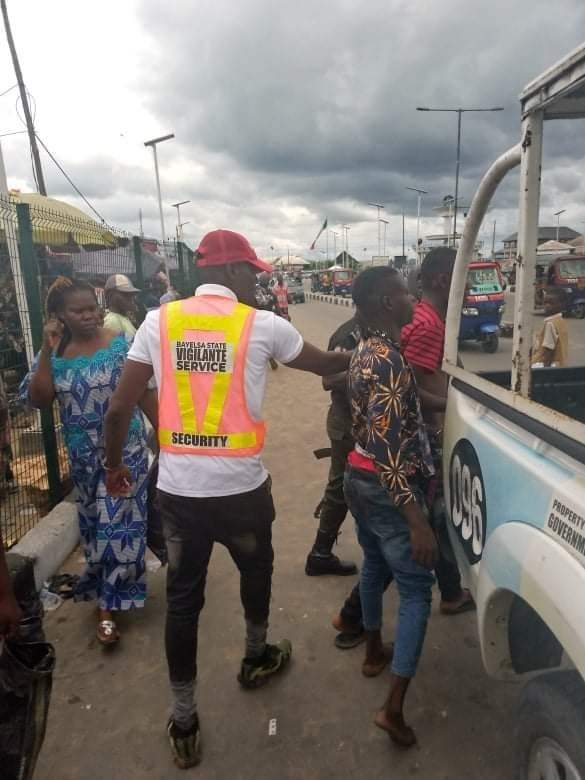